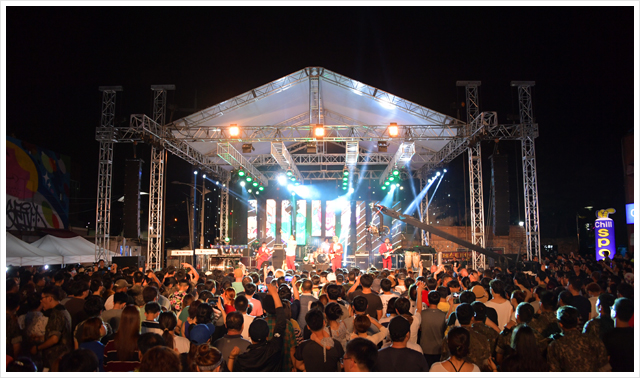 The first Dongducheon Rock Festival took place in 1999, and it still continues its legacy every year since then, which is the longest running rock festival nationwide. With the historic background of housing Mr. Shin Joong Hyun ’s ‘ADD4,’ which is Korea’s first rock band ever formed, the festival came into being as the cradle of Korean rock. To do away with useless competition with numerous rock festivals jumbled up in Korea and to help promote amateur bands’ successes, it holds the nation’s biggest and the longest lasting amateur contest since 2013 with about 100 teams consisting of adults and high schoolers participating in the contest. 2018 marks the 20th anniversary and it is highly anticipated as a true feast of festival all throughout the city.